It Was Love at First Sight

Franko and Junko met in Yokohama, Japan back in 1971.

Junko, living in Japan at the time, was waiting to meet up with a girlfriend who never showed. Fortunately, Franko, stationed in Japan for deployment, recounts the moment as noticing a beautiful girl alone and deciding to make the first move, being “Johnny-on-the-spot!” He mustered up the courage to approach her and the two enjoyed their first date right there.

Franko proposed two years later on the island of Saipan. He laughed as he recounted the day: “Junko couldn’t even finish her dinner because she was so happy!”

They honeymooned for three months, visiting multiple countries and eventually settling in the United States in 1975. Franko and Junko quickly became involved in the Tacoma community, especially the local YMCA. To this day they are some of the most active and involved volunteers there.

They decided to move to Weatherly Inn for one of the most common reasons we hear: a place that provides complimentary maintenance, daily housekeeping, and home-cooked meals. Now, without the strenuous worries of home ownership, they are able to focus on staying fit, meeting up with friends, and continuing over forty years of volunteering at the YMCA. We are so proud that Franko and Junko decided to make Weatherly Inn their home. 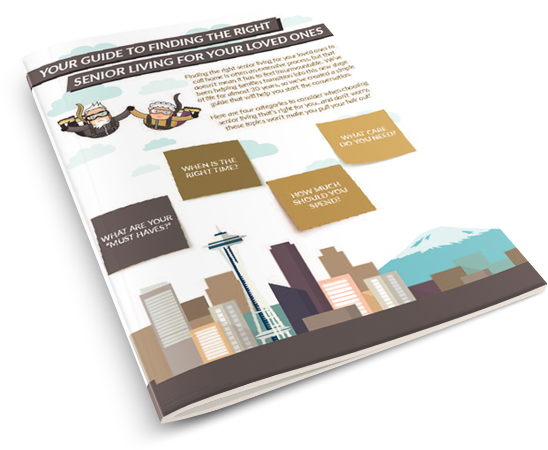 Here are 12 Tips for Touring Senior Living. We want our future residents to move in with the peace of mind that comes from finding the perfect living ...
END_OF_DOCUMENT_TOKEN_TO_BE_REPLACED

Weatherly Inn is Home: How Memory Care Brings Peace to Residents and Loved Ones

Memory care communities like Weatherly Inn are specially equipped to serve people with memory issues that come with Alzheimer’s disease and other type...
END_OF_DOCUMENT_TOKEN_TO_BE_REPLACED

Tour one of our beautiful communities. We’d love to show you around.